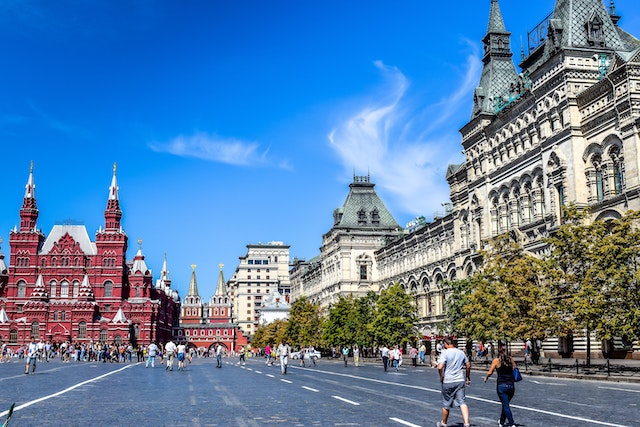 Traveling abroad can be an exciting and enriching experience, but it’s not always necessary to leave the country to have a memorable vacation. There are many beautiful and diverse places to visit within the United States and its territories that do not require a passport. From tropical beaches to rugged wilderness, historical sites to urban destinations, this article will explore some places to travel without a passport.

10 Places To Travel Without A Passport

Made up of eight main islands and is a U.S. state. Visitors can enjoy beautiful beaches, lush rainforests, and active volcanoes. The island of Maui is particularly popular for its scenic road to Hana, which takes visitors through small towns and past waterfalls and black sand beaches. The island of Oahu is home to the state capital, Honolulu, and is known for its famous Waikiki Beach, as well as the iconic Diamond Head volcano. Visitors can also take a boat tour to see the active volcano of Kilauea on the Big Island of Hawaii. There are many opportunities for outdoor activities such as hiking, snorkeling, surfing, and more.

A U.S. territory located in the Caribbean. Visitors can explore the historic city of Old San Juan, which is home to colorful colonial buildings and forts, as well as enjoy the island’s beaches and vibrant nightlife. The island is home to many beautiful beaches, such as Condado Beach and Isla Verde Beach, as well as the El Yunque National Forest, which is home to a variety of tropical plants and animals. Visitors can also take a tour of the Bacardi Rum Factory to learn about the island’s history and culture.

Known for its rugged wilderness and natural beauty, including glaciers, fjords, and wildlife such as bears and whales. Visitors can take a cruise to see the glaciers or go on a fishing or hunting trip. Visitors can also see the northern lights and take part in dog sledding, snowmobiling, and other winter sports. The state has several National Parks such as Denali National Park, which is home to North America’s highest peak and home to wildlife such as grizzly bears and caribou.

The US Virgin Islands, which are made up of three main islands (St. Croix, St. John, and St. Thomas), are another great passport-free option for travelers. The islands offer a mix of history, culture and natural beauty with St. John known for its beaches and the St. Thomas for its duty free shopping. Visitors can also take a ferry to explore the other islands and enjoy their beaches and other activities such as snorkeling and diving.

San Francisco is a fantastic urban destination known for its steep hills, Victorian architecture, and iconic landmarks such as the Golden Gate Bridge and Alcatraz Island. Visitors can also enjoy the city’s vibrant food scene, cultural attractions such as the California Palace of the Legion of Honor, and the Exploratorium, a science museum.

Home to many famous monuments, such as the Lincoln Memorial and the Washington Monument, as well as Smithsonian museums, which offer a wide range of exhibits on American history and culture. Visitors can also take a tour of the White House, the official residence of the President of the United States and the United States Capitol, the meeting place of the U.S. Congress.

The Great Smoky Mountains is a national park located in Tennessee and North Carolina and offers hiking, camping, and scenic drives, as well as opportunities to see wildlife such as black bears and elk. Visitors can also take a drive on the Blue Ridge Parkway, which offers scenic views of the Appalachians and visit the towns in the area such as Gatlinburg, Pigeon Forge, and Cherokee. The park also offers various visitor centers and museums that provide information on the park’s history and ecology.

American Samoa is a group of islands located in the South Pacific and is an unincorporated territory of the United States. Visitors can enjoy the beautiful beaches, snorkeling, and diving, as well as learn about the island’s rich culture and history. The island is home to several national parks, such as the National Park of American Samoa, which is home to a variety of unique flora and fauna, as well as beautiful coral reefs. Visitors can also learn about the island’s history at the Jean P. Haydon Museum and the Fagatogo Malae, which is a traditional Samoan meeting place.

Located in the western Pacific Ocean, Guam is known for its beautiful beaches, snorkeling, and diving spots, as well as its historical sites such as the War in the Pacific National Historical Park. The park is dedicated to preserving the island’s history and features exhibits and artifacts from World War II. Visitors can also learn about the island’s Chamorro culture and history at the Guam Museum and visit the Latte Stone Park, which features ancient stone pillars that were once used by the Chamorros.

The Northern Mariana Islands is a commonwealth of the United States, it is made up of 15 islands in the Pacific Ocean. Visitors can enjoy the beautiful beaches, snorkeling, and diving, as well as learn about the island’s rich culture and history. The island is home to many historical sites, such as the American Memorial Park, which honors the American soldiers who lost their lives during World War II. Visitors can also learn about the island’s Chamorro culture and history at the Carolinian Cultural Center and take a tour of the Laulau Beach Park, which features ancient latte stones.

Whether you’re looking for a relaxing beach vacation, an adventurous outdoor trip, or a cultural experience, there’s something for everyone in the United States. So, the next time you’re planning a vacation, consider the many options available within the country and its territories and discover the beauty and diversity it offers. Pack your bags and get ready to explore some places to travel without a passport.

For more informative articles, check out the rest of our site!