Have you ever wondered how it would be to be at the top of the world? Well, you have no place to go but Dubai. Burj means Tower in Arabic and Khalifa is the name of the ruler of the capital of United Arab Emirates, Abu Dhabi. Burj Khalifa is named after High Highness Sheikh Khalifa Bin Zayed Al Nahyan. Situated in the Persian gulf and it is known as the world’s tallest building covering 828 meters of height. A beautiful skyscraper in the entire United Arab Emirates which can be seen from 50 KMS far away in normal weather conditions.

Burj Khalifa formation started in 2004 and inaugurated in 2010, one of its kind Burj Khalifa then became the tallest building in the world which is also known as Burj Dubai. It is 2722ft tall and broke a number of records after its inauguration. The Burj Khalifa project was developed by “Emaar” Construction Company and owned by the government of Dubai it is also known as one of the largest building construction companies in the world.

Burj Khalifa is one and only tallest standalone building in the world and it has an observation deck at 124, 125, 148 and 149th floor where visitors can go and see the beauty of Dubai. It also has a One and only hotel of Giorgio Armani which interestingly has no check in desk at the reception area and it is World’s first Armani hotel opened in 2010.

Burj Khalifa is also one of the most photographed buildings in the world and the fountain beside it makes it more beautiful. To visit this unbelievable icon of Dubai all you need is to choose your Dubai visa types according to your holiday plan and pack your bags to embark on an unforgettable journey of the only tallest building in the world.

World Record of the Burj Khalifa

Excitingly, it has a total of 57 elevators and 8 escalators, all double decker elevators which carry visitors to the top with the speed of 10 meters per second and the elevator itself is the world’s fastest elevators. In foggy weather it feels that you are standing above the clouds. Burj Khalifa can accommodate 35000 people at a time which is the population of a small town. Empty Burj Khalifa weighs more than 500,000 tonnes. Interesting fact is that it takes more than 90 days to clean all the windows of Burj Khalifa. It is so tall that you can see the sunset twice, one from the lower deck and another one from the Top floor. You can also browse and see the beautiful fountain show while enjoying the observation deck.

To visit the observation deck there’s a ticket charge starting from AED 160/- which you need to pay to get on the 124-125 observation desk which allows you to embark on the world’s tallest elevator and explore the beauty of Burj Khalifa.

You can check different Dubai visa types and plan your holidays with your family accordingly and visit the best places in Dubai along with Burj Khalifa.

For the visa, there are different Dubai visa types from which you can choose your own eligible category and apply for a Dubai visit visa online from the comfort of your home, completely hassle free.

Enough about Burj Khalifa, Why don’t you see it for yourself. It will be once in a lifetime experience at the observation deck and you should not miss it.​ 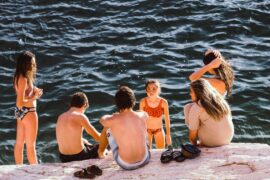 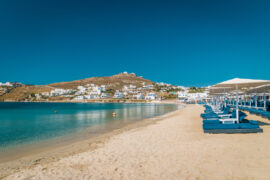 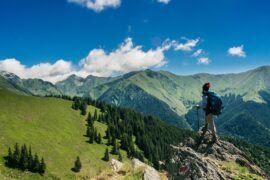 How to Discover the Joy of Traveling the World?